As crossing protection became more sophisticated, railroads devised a mechanism that could protect a crossing by dropping an arm or gate across the road to protect vehicles and pedestrians from train movements. These gates had to be activated manually by an employee. Thus evolved the elevated crossing tower. From a higher vantage point, the employee had better visibility of both road traffic and train movements. With increased visibility, a single operator could control gates at multiple crossings when in close proximity. Crossing towers were a common sight at larger communities, often near the depot or industries where train movements might be erratic. Mid-Continent’s crossing tower was originally erected at Winneconne Ave. in Neenah, Wis. by the Wisconsin Central. It was donated to the museum in 1991, and moved to North Freedom. A stairway for access to the tower has yet to be installed. Although the museum’s crossing is protected by flashing lights, they are activated by automatic circuitry. Thus this tower will serve as a display and historical reminder of crossing protection’s advancement since the turn of the century.

The below photos are from the Neenah Historical Society Collection. 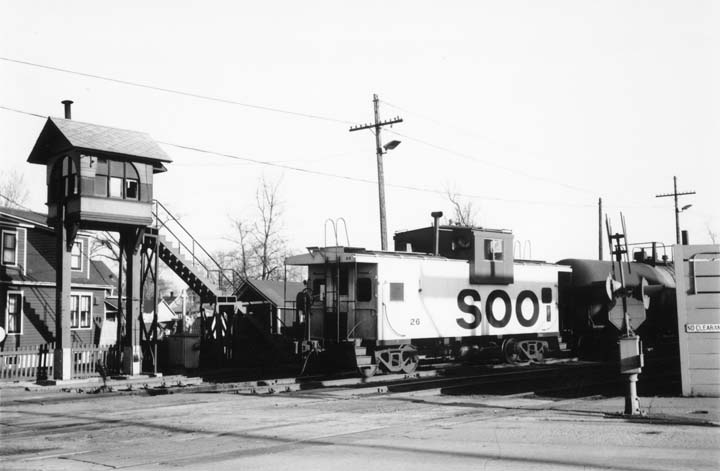 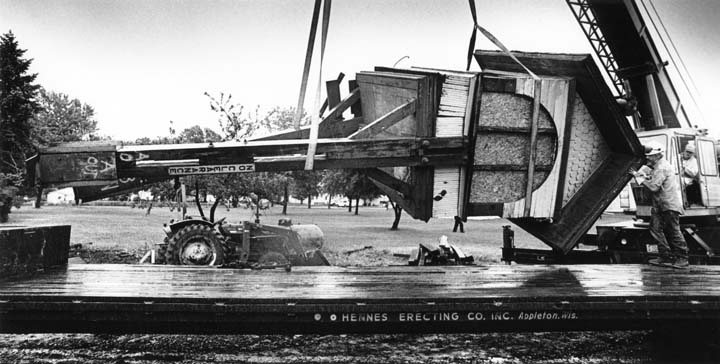 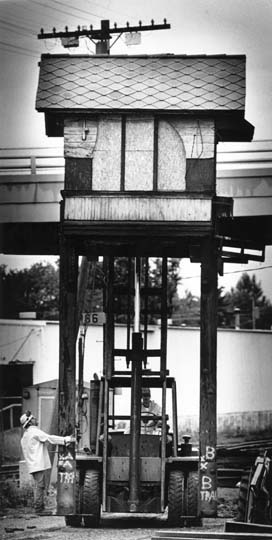