With the C&NW 1385’s new boiler fabrication just completed, Mid-Continent Railway Museum wasted no time getting it on the road to Wisconsin. The boiler has now joined the running gear at SPEC Machine outside Middleton, Wis., where the locomotive will be reassembled.

The boiler left St. Louis on a truck last night and arrived at SPEC Machine around 2 AM today (September 26, 2019). Crews from SPEC Machine, Ideal Crane, and Mid-Continent Railway Museum’s #1385 Task Force volunteers worked together this morning to safely lift the 41,000 lb. boiler from the trailer onto the locomotive frame. Work wrapped up around 2 PM this afternoon.

We took lots of photos and video and will share a more complete account of the day’s activities along with video in the next day or two once we’ve had an opportunity to edit it all together. In the meantime, here are a few quick photos from today’s activities.

1385’s boiler rests on the frame and the locomotive is readied to roll inside the shop where further reassembly will continue. Jeffrey Lentz photo.

By the end of the workday, the 1385, now with boiler, was rolled inside a shop bay at SPEC Machine that was specially built for to accommodate the 1385’s reassembly. Jeffrey Lentz.

**PLEASE NOTE**
We appreciate the public’s enthusiasm to see the 1385’s progress first-hand; however, the contractor shops where the #1385 work is taking place are private property and not open to the public. Anyone requesting to see the locomotive at those locations will be turned away. Please help #1385 return to operation as expeditiously as possible by respecting our contractors’ wishes. 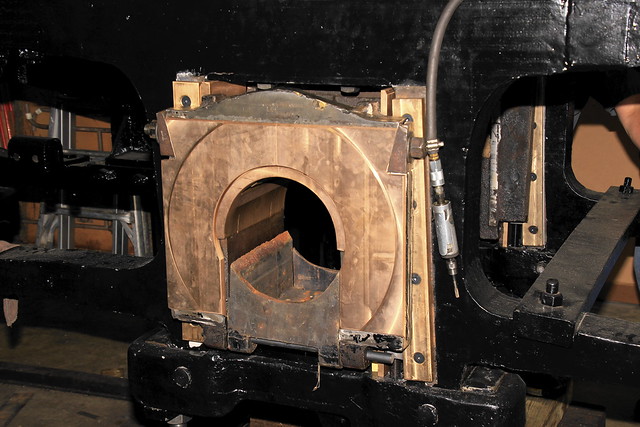 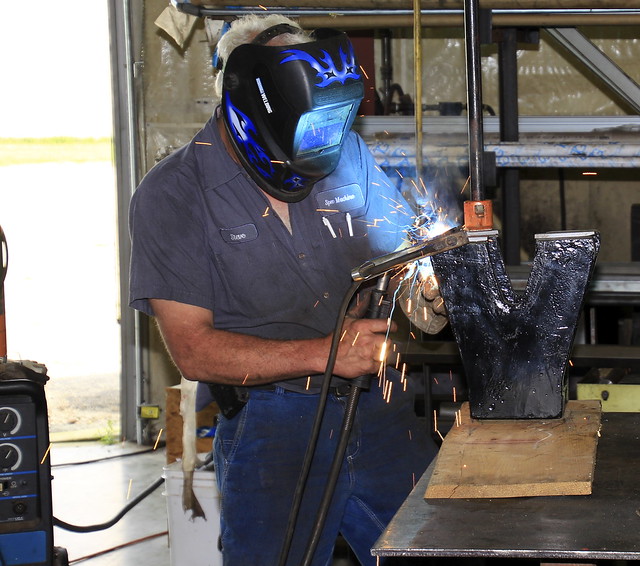 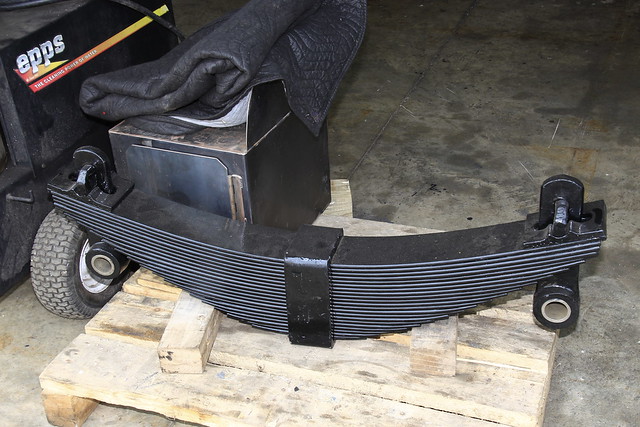 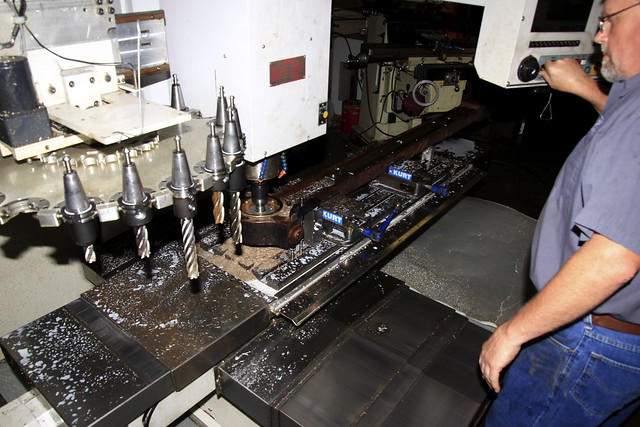 To start this post is some photographs and videos taken earlier this year but never posted until now. These document some of the work that was performed at Hercules Precision, LLC in Baraboo on C&NW 1385’s crown brasses and driving boxes.

Inspections revealed one crown brass out of the six required replacement. The remaining five had a good amount of service life remaining.

In more recent photos, taken June 17, 2015 at SPEC Machine, the finished driving boxes can be seen being installed into the frame pedestals. Additional photos show holes continuing to be reamed for the many custom tapered bolts being created and installed as the frame and it’s components are reassembled.

Also of note in the photos is the new footplate that has been installed. The original was found to have a significant crack (see March 30, 2014 post). The drawbar, which connects to the tender and thereby the rest of the train, is attached to the footplate. Given the heavy stresses these parts are placed under, it was determined that for safety reasons, it was best to replace the footplate entirely rather than attempt repair of the original casting.

The painting of Chicago & North Western #1385’s frame was completed on Saturday, Jan. 3rd. Pete Deets, one of the 1385 Task Force members had this to say:

Words fail me as THANK YOU doesn’t seem to be near enough. We had 2 fantastic days of volunteer-ism, productive work and lots of fun. In that time we applied 2 basecoats and one topcoat of paint on the 1385’s frame. At the risk of leaving someone out I can say we had the help of Bobbie, Clayton, Ed, 2 Mikes, 2 Jeff’s, 2 Al’s,, Kayla, Steve, Dick, Gary, Dylan, Robert, Larry, Brian, Ron & Kyle. Tom from Grote’s [Howard Grote & Sons] was a great tutor and easy taskmaster. Believe it or not we have put something permanently back on the 1385!

Plans for more volunteer sessions are in the works.

Photos can’t do justice to all the work completed in the past year of cleaning, scraping, engineering, welding, milling new parts, painting, and so on, but the below before-and-after photos are a nice reminder of the progress made. At the time of the first photo on January 11, 2014, the 1385’s running gear had just recently arrived at SPEC Machine and was in the process of being dissassembled.

As the second photo shows, the frame now features two coats of primer and a new glossy black topcoat. There are also many spring-rigging parts already painted to match.

The rebuild of the Chicago & North Western steam locomotive is in full swing as of the start of 2015. There are a number of sub-projects at various stages of progression all happening simultaneously involving the frame, driving boxes, wheels, cab and boiler. This post will cover the frame, but additional posts covering other aspects will be posted in the following days and weeks.

Painting of the frame began on January 2, 2015 and is continuing on January 3rd as this post is being written. Mid-Continent volunteers were joined by Tom Hartling of Howard Grote & Sons, a Madison-area company specializing in protective coatings. Howard Grote & Sons volunteered to provide Mid-Continent with Hartling’s expertise in mixing and applying the epoxy primer and urethane topcoat paint used (Carbothane 134 for those interested).

Work started at about 7 AM on Friday the 2nd, with the first of two coats of primer, the first being black in color. After a break for lunch, the second coat, gray in color, was applied with work mostly wrapping up by 4:30 PM. Application of the topcoat was left for Saturday January 3rd.

Nearly 100 additional photos of the January 2nd workday are available on photographer Brian Allen’s Flickr photo album. The video below is a one-minute timelapse showing the roughly three hours of work adding the second coat of primer.